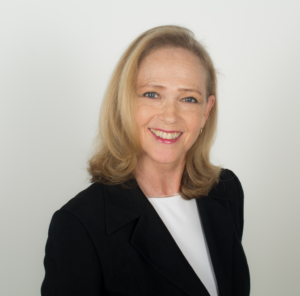 Services you can schedule with Carolyn:

Please note:  Initial Consultation is required before any subsequent sessions other than Past Life Regression.  This initial session will include gathering all client information followed by recorded hypnosis with positive suggestion therapy for the client to use at home.

Medical Hypnosis for Relief and Control of Pain

Research shows that hypnosis works as part of a treatment program for a number of psychological and medical conditions, with pain relief being one of the most researched areas. Learn more on Carolyn's website...

"Explore Your Past to Empower Your Present". In this 2 hour past life regression workshop you will be guided through a progressive hypnotic relaxation exercise to explore a possible past life. You may discover joy, reflection, contentment or insights into your present life situation.

Carolyn is also a Registered Yoga Instructor specializing in Yin Yoga. See our calendar for classes offered by Carolyn including Yin Yoga.

See our calendar for Carolyn's workshops in Past Life Regression and Breathwork or read more on her website...

A message from Carolyn...

Hypnosis is, perhaps, one of the most misunderstood and controversial methods of psychological treatment. The myths and misconceptions that surround hypnotherapy mostly stem from people’s ideas about stage hypnotism. The truth is that stage hypnotism is essentially a theatrical performance and has about as much in common with bona fide clinical hypnosis as many Hollywood movies have with real life.

The fact is that hypnosis is a genuine psychological phenomenon that has valid uses in clinical practice.  Simply put, hypnosis is a state of highly focused attention or concentration, often associated with relaxation, and heightened suggestibility.  While under hypnosis (i.e., in a hypnotic trance), it seems many people are much more open to helpful suggestions than they usually are.

The positive suggestions that people are given while hypnotized are referred to as “post hypnotic suggestions” because they are intended to take effect after the person emerges from the trance and is no longer under hypnosis.

As explained above, you are not asleep or unconscious while in a hypnotic state. Therefore your conscious mind is awake and aware and able to monitor its surroundings and what is being said to it. If something is "suggested" to you while in a hypnotic state that you do not like or which goes against your moral and spiritual character then one of two things will happen. Your mind will either dismiss the suggestion the hypnotherapist has given you or you will open your eyes and come out of the trance. To put it simply a person has to want what is being suggested to them. The person in a hypnotic trance is always in control, just as someone who is daydreaming can decide to go on or stop at any time. While the practitioner serves as a teacher or guide, the only person who can hypnotize you is you, since trance is a latent potential of your own mind. Therefore, all hypnosis is self-hypnosis.

Carolyn Beauchamp is an advanced certified clinical hypnotherapist. She is also a Certified Hope Coach, and she completed her advanced hypnotherapy training at The Wellness Institute based in Issaquah, Washington. She is a member of IMDHA (International Medical And Dental Hypnotherapy Association), HEA (Hypnosis Education Association) and has helped many people with a variety of challenges ranging from smoking cessation, weight loss, fears & phobias and pain control.

Carolyn specializes in age regression, strongly feeling that many life challenges stem from early childhood traumas, either remembered or not in conscious awareness. Once accessed, these issues can be healed and resolved, allowing for major breakthroughs and lasting resolution.

Featured in GulfshoreLife Magazine 2017 -
A little past life regression through hypnosis reveals truths as current as today.  By Stephanie Davis

Make an Appointment with Carolyn 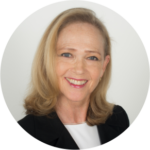